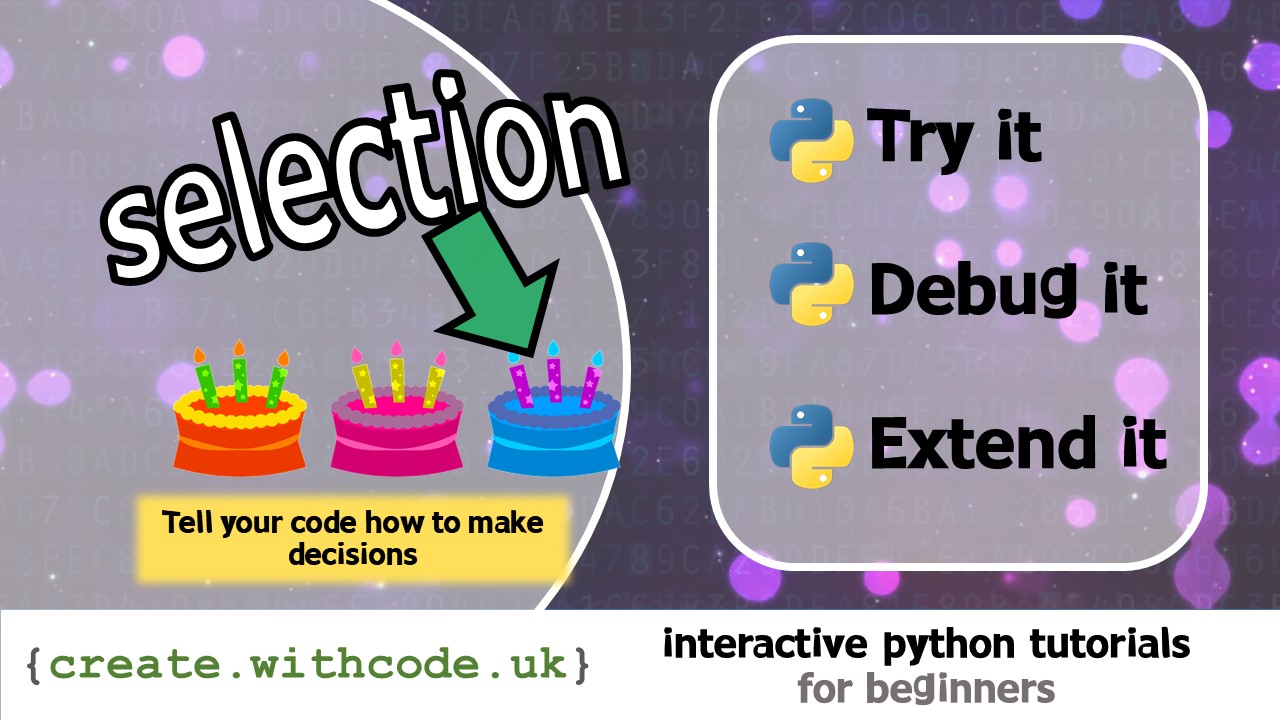 Humans are brilliant at making decisions.

The average person makes over 200 decisions every day… just about their food!

Your brain is constantly receiving and processing information from the world and deciding how you should react in response.

Computers can be told how to make decisions using selection.

A key skill for a good programmer is working out which logical decisions their programs will have to make.

In python code, selection is usually where you use if to decide which instructions to run next, based on a boolean expression

But the following are not boolean expressions:

Once you’ve decided what decision you want your code to make, you can use if to get python to only run certain code if your boolean expression evaluates to True. 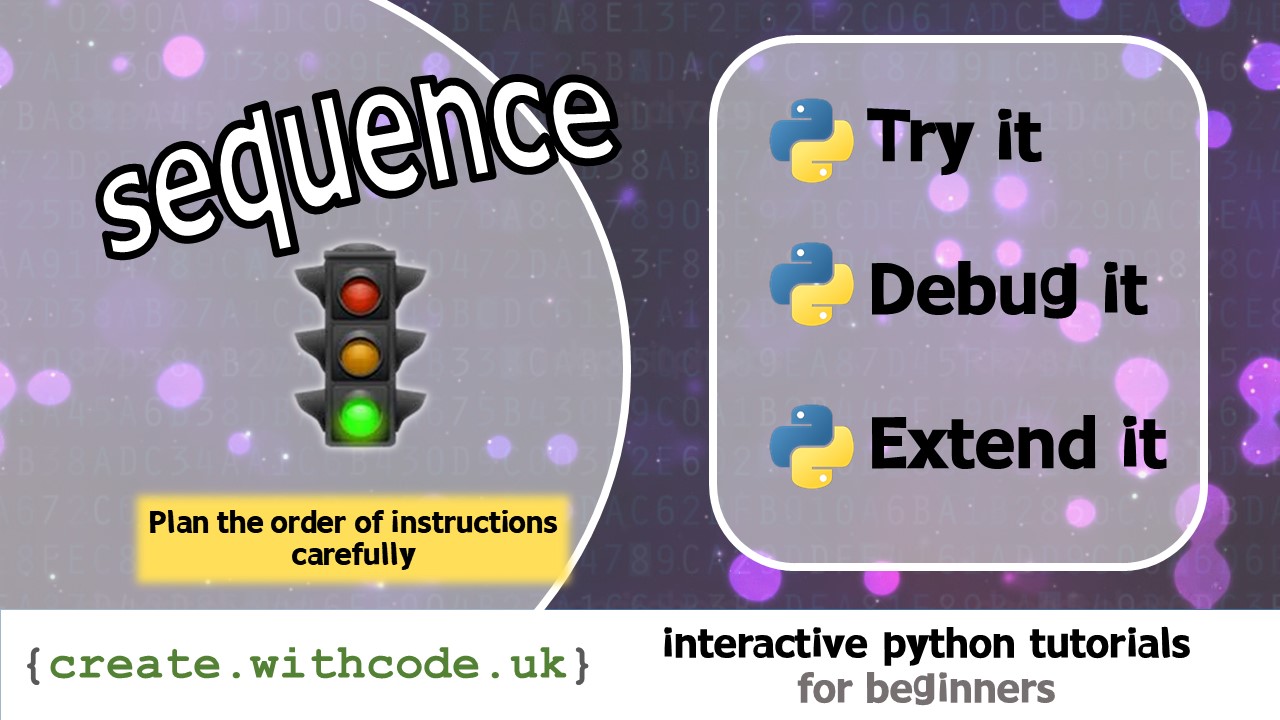