App designed and made by students at Fulford School, York

My fabulous Year 9 iMedia students at Fulford School in York have designed and made the graphics for a fun app to help young children learn to spell.

Students suggested and voted for the name ABC Tap And Play before creating the logo and graphics as part of a project about copyright and its implications on creating and publishing web graphics.

You can try the game for free at abc.tapandplay.uk or download it from the Google Play store.

Students have voted for charities that support causes they care deeply about and any money raised from either app sales or ad revenue will be given to those charities.

The game is designed for parents of small children who want to keep them busy for a few minutes doing something fun, safe and educational using a smartphone or tablet (essentially, that’s me wanting to keep Daniel entertained for a few minutes whilst I change Joel’s nappy!) 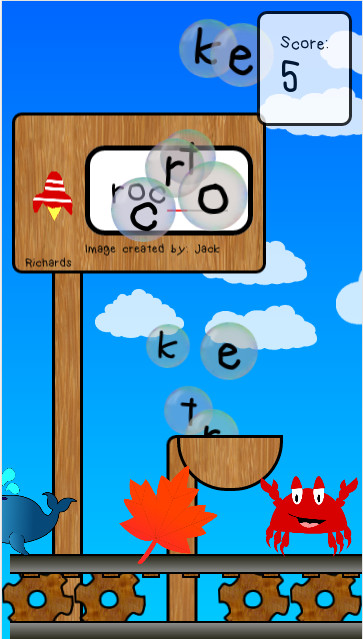 The online version is free to play but contains adverts so may not be suitable for small children. You can download an ad-free version if you have an android phone for £0.59. All money goes to charity (after Google take their slice of either app sales or ad revenue).

From Christmas to Easter 2017, students have chosen to support NSPCC because of the fab work that they do preventing cruelty to children.

The next step for my students is to make a social media campaign to promote their app to encourage more people to try out the app in order to raise as much money as possible for charity. Watch this space to find out how much money the app raises.

Download ABC Tap And Play from the Play Store

Page 2 of this article tells you how you can get Google to pay for this app for you and raise money for charity for free!

Page 3 of this article tells you how to lock your android smartphone or tablet to one app so that your toddler / brother / sister can play on ABC Tap And Play on your device without accidentally deleting your photos or ordering a pizza (or worse).